Digium A25 gives you a mid-range VoIP phone for Asterisk with advanced features and beautiful audio at a budget-friendly price. Digium A25 supports 4 lines and is built to seamlessly integrate with the popular Asterisk VoIP platform. A25 has a 2.8″ color LCD primary screen with a secondary 2.4″ color LCD display for 6 BLF, speed dial, or quick action keys. A25 features Digium’s HD Voice technology for rich, natural sound quality from the hearing aid compatible handset and full-duplex speakerphone with echo cancellation. Connect a headset using the RJ9 or EHS port.

Digium A25 gives you future-proof speed using dual Gigabit Ethernet ports with pass-through. PoE support lets you install the A25 as part of an efficient, high-speed network deployment. Digium’s deep networking expertise shines through even in a budget-friendly phone like the A25, with features like advanced QoS control, 802.1x authentication, and NAT traversal.

Be the first to review “Asterisk A25 IP Phone” Cancel reply 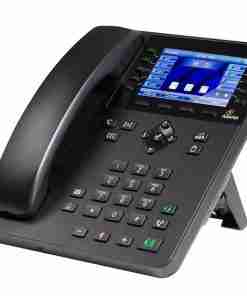 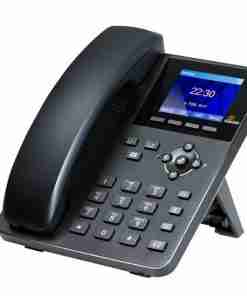